Microsoft Teams vs Slack: Which is Right for Your Team? 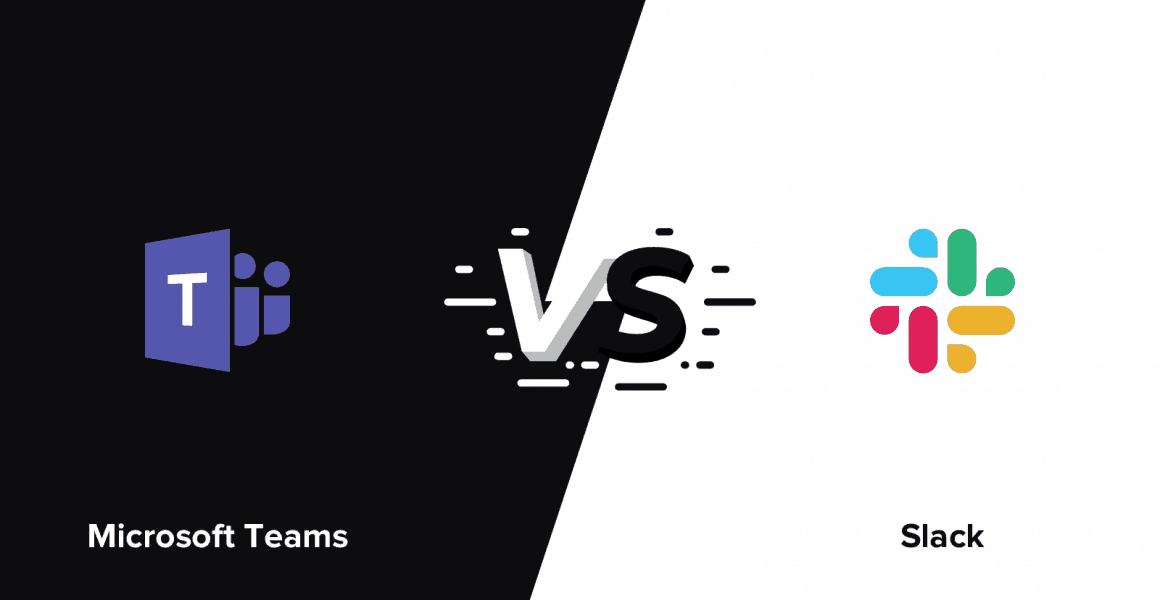 When Slack came onto the scene in late 2013 it had the marketplace to itself. However, in 2017, Microsoft made a move to challenge Slack's market dominance when they released their own chat communication software: Microsoft Teams. Slack may have been the first tool to facilitate file sharing and team chat within organizations, but even as it has deepened its toolbox, so has MS Teams.

Which should you choose? To answer that, ask yourself: What tools and services do you need? And what platforms are you already using? Take a look at the overlap between Slack and MS Teams to see where each software shines and determine which is the right call for your workplace.

One of Slack's true innovations was the advent of channels organized around a specific topic.

Both MS Teams and Slack rely heavily on these chat rooms. Mastering Slack notifications is easy and MS Teams also allows allow notifications so you know right away if someone mentions you by name in a thread. MS Teams Both tools also allow direct messages, so you can chat with individual co-workers and send them files (or memes, if you prefer).

Slack and MS Teams also both let you create conversation threads within a single chatroom. No more confusion when you're scrolling through a comment thread trying to figure out who's responding to whom. Slack takes this feature one step further, by letting you transfer conversation threads to private conversations as well. In addition, Slack lets you add themes to your user interface so that you can see clearly what each chat is about. 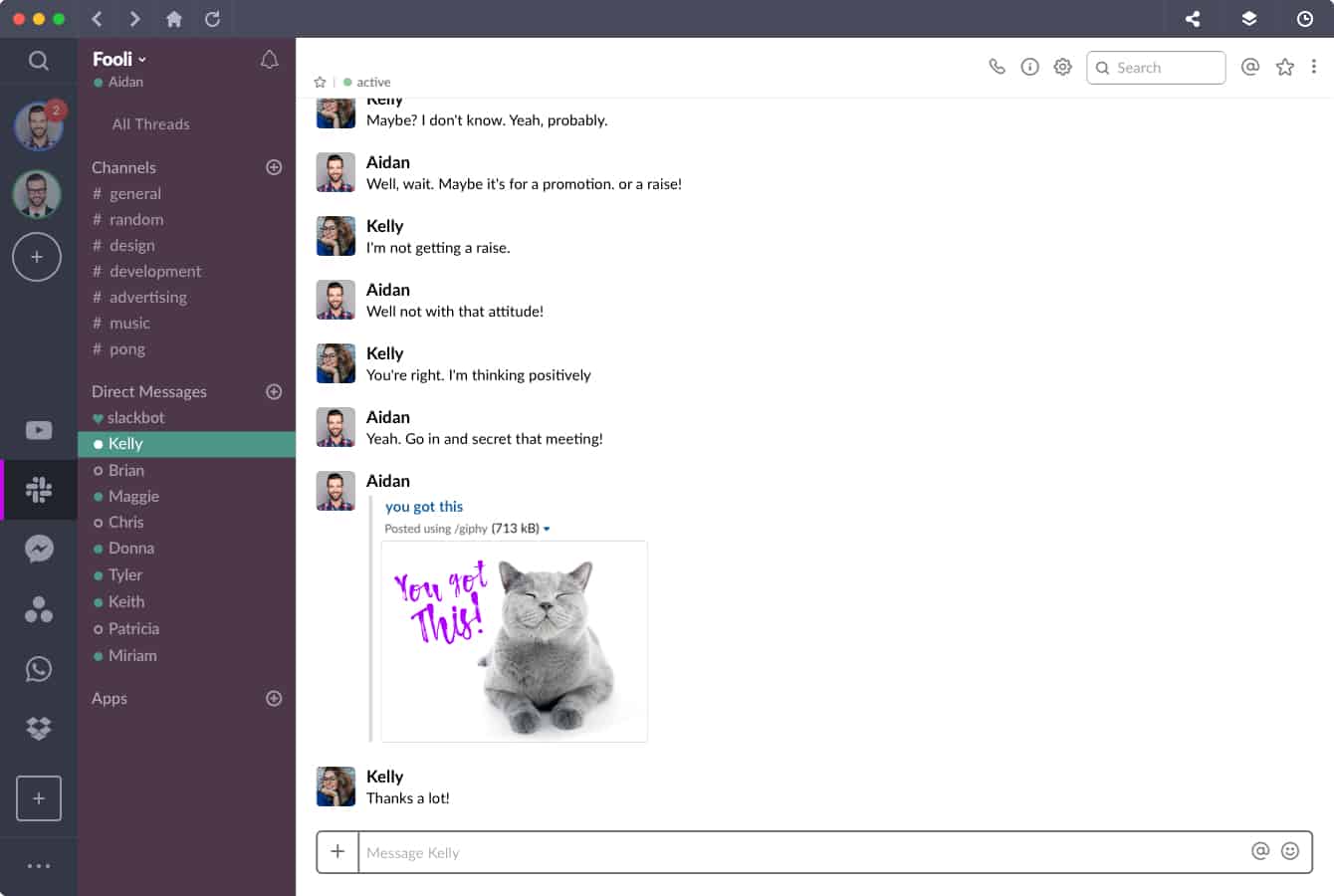 Both MS Teams and Slack allows searching through all chat sessions, putting an end to the nightmare of trying to find one comment among thousands. If you've opted for the free version of Slack, however, the search function only applies to the 10,000 most recent messages.

Microsoft's WhoBot tool helps with search in MS Teams. This search bot crawls your entire company intranet to surface the data you're looking for. It also helps you access subject matter experts within your organization so you can find the best person for what you're looking for.

When Slack was initially released, the ability to share content with collaborators was a big deal. Now, though, MS Teams has just about caught up. Which tool works best for your organization depends on which platform you already use for file sharing.

If you're committed to the Office 365 package, you'll want to lean in on MS Teams, which lets you view and collaborate on files from within the tool without leaving the platform. With Slack, you'd have to go through the extra steps of downloading the file, editing or commenting on it off-platform, then returning the file to Slack. If you use Google Drive extensively in your office, however, Slack is likely to be a stronger choice.

Slack holds an edge over MS Teams in terms of the sheer numbers of apps that integrate with the software, with more than 800 third-party apps working well with the platform. Among the most commonly used integrations are Google Drive, Zendesk, Dropbox, GitHub, and Trello.

MS Teams, on the other hand, integrates with fewer than 200 external apps. However, among those are the Office 365 apps, including Skype and Outlook. If you use these tools, being able to email and call your team members from within MS Teams may be a huge advantage.

In addition, MS Teams has streamlined features to make third-party app integration more intuitive. When MS Teams was originally introduced, users had to screenshot content and upload it manually into MS Teams — a cumbersome process. Now, you can integrate apps directly from the Teams store or as a quick attachment. MS Teams also uses a tab-based interface to deepen the functions you can access on third-party apps. Adding custom tabs is easy, so you can personalize the version of MS Teams you see on your screen in a way that works best for you and your team members.

Your choice between Slack and MS Teams largely depends on the collaboration platform you're already using. If you already pay for an Office 365 business subscription, you have access to MS Teams as part of the package, so why pay extra for Slack? On the other hand, if Google Drive is your go-to for storage and file sharing, you'll find smoother integration using Slack.

Whether you end up with Slack or MS Teams, you can enhance your productivity further by adding Shift to your workflow toolbox. With Shift, you can focus on the work you need to deliver without wasting time searching for data and files, streamlining your entire workflow as a result. 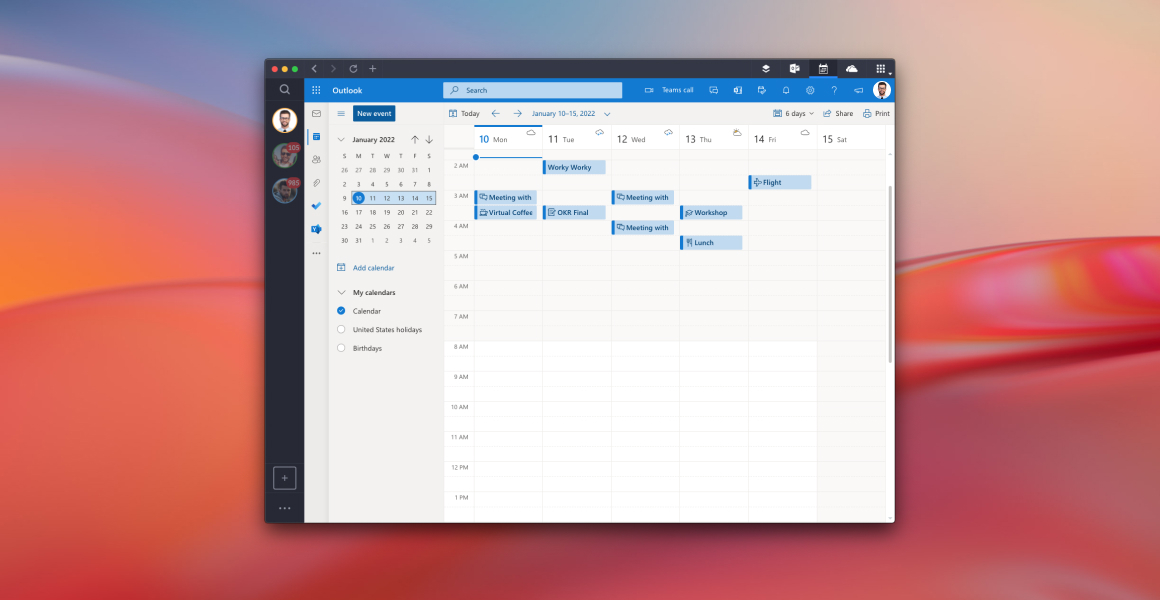 How to Manage Multiple Outlook Calendars 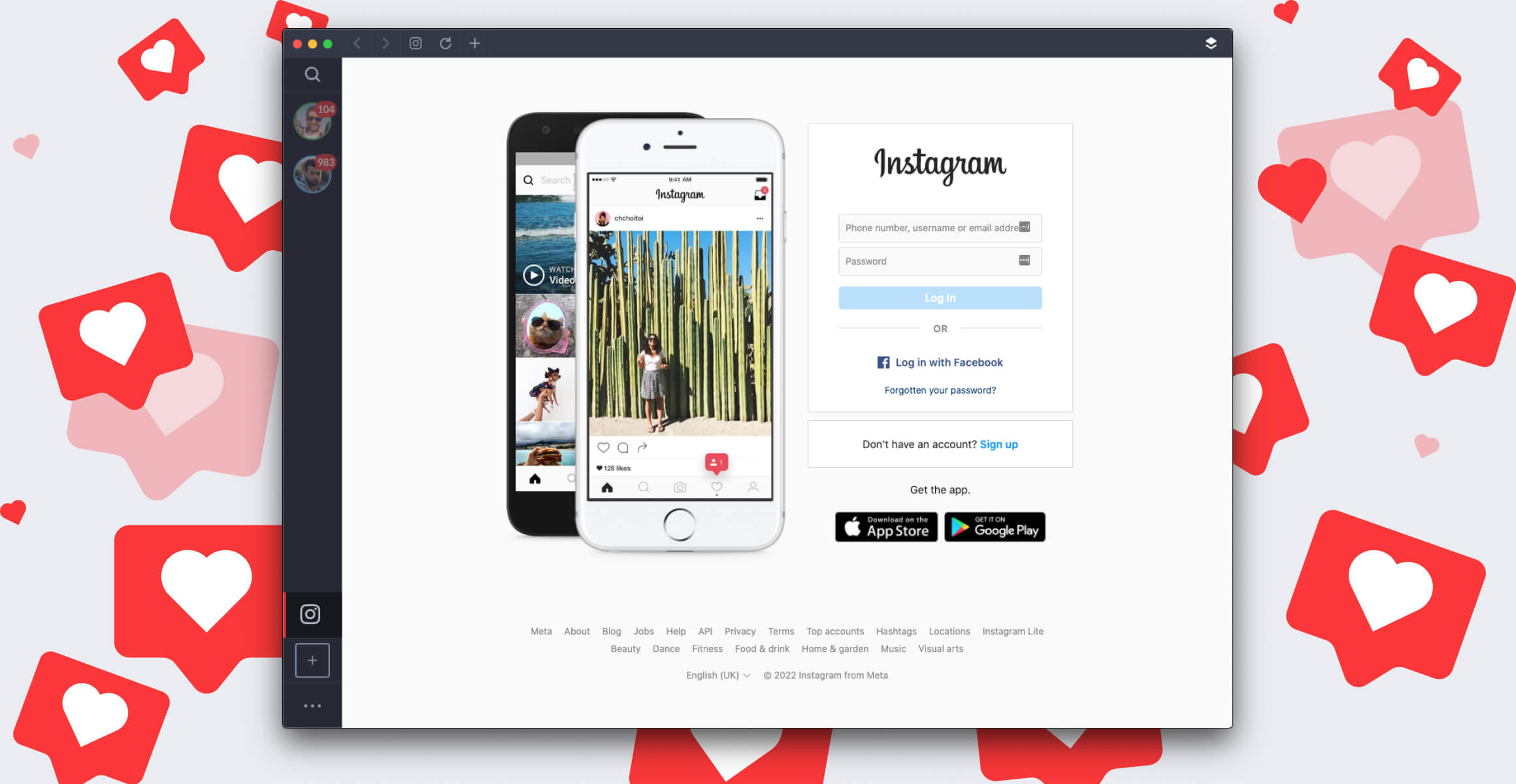 How to Get an Instagram App for Desktop (Mac or PC)