Case Study: The Asynchronous and Remote Work Expert from Todoist 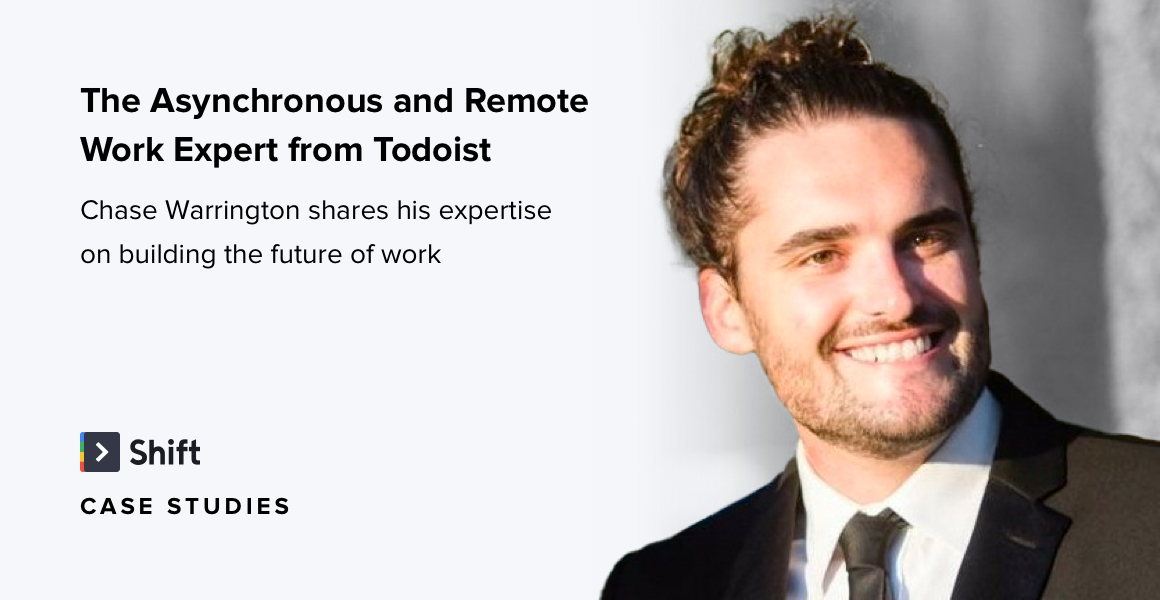 Chase Warrington shares his expertise on building the future of work

Even though Chase has been working in business development since he was interning in college, it was several years ago that he realized his work-life balance could be improved. To solve that problem, he intentionally sought out a job that would allow him to work when he wanted, where he wanted. As Chase says, “really redefining what a workday looks like for me.” It turns out that Doist, the company behind Todoist and Twist, was what enabled him to redefine what work looked like. Today, he’s the Head of Business Development for the fully remote, asynchronous company. And, since Doist is fully remote, he and his wife have had more opportunities to travel and move to an entirely new country—Spain.

Being able to organize your day around when you are the most productive, rather than around scheduled meetings, is “the whole key” to what makes asynchronous teams more productive than synchronous teams. For Chase, that means scheduling 90% of his meetings in the afternoon or evening when he isn’t at his most focused. The ability to create his own schedule means more flexibility to try out new hobbies, like taking a midday Spanish class and spending time with the people who matter most. Ultimately, for Chase, asynchronous work “allows me to optimize for what works for me.” 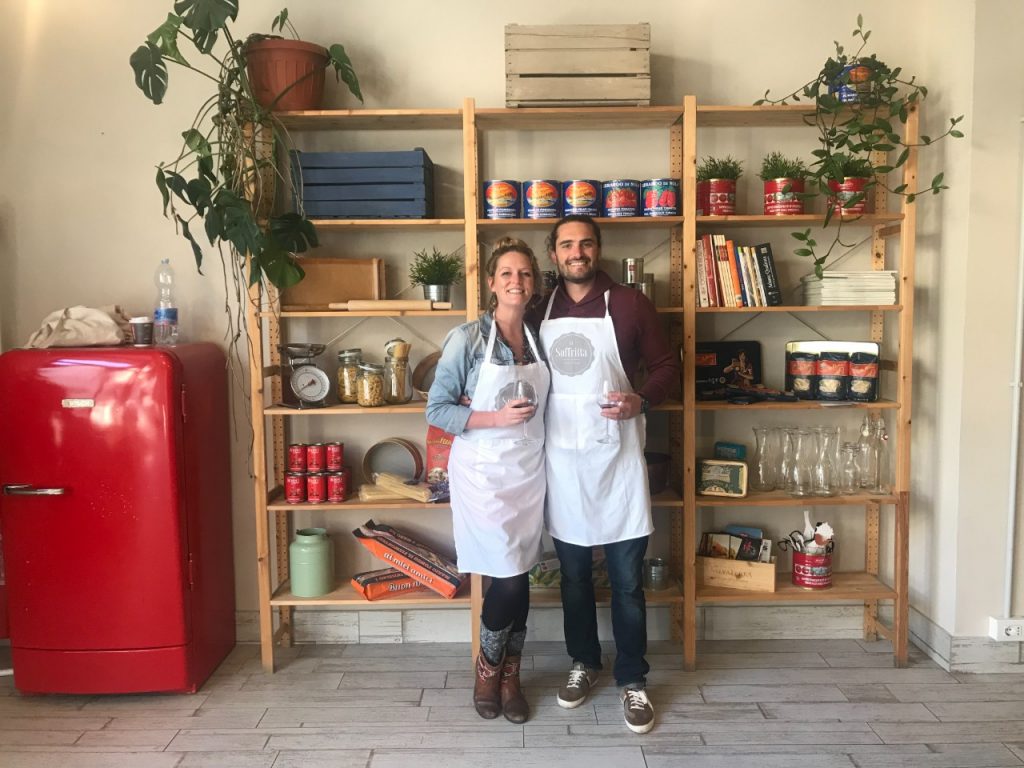 Chase and his wife, Allison, attend a cooking class in Italy.

According to Chase, one of the biggest mistakes a company can make when trying to make the shift to asynchronous work is to move too quickly. His other critical piece of advice is not to try to recreate the in-person office environment online. That means not holding synchronous daily standup meetings with your remote team. And, giving people the flexibility to create their own work schedules and spend time on focused, productive work when they’re at their personal productive peak for the day, instead of being trapped in countless meetings or caught in a back-and-forth email chain.

“Things can actually move a lot faster in an asynchronous world if you set it up correctly.”

Chase and his team at an in-person Doist meeting in Montreal.

Shift has become an integral part of Chase’s asynchronous, remote work set up. One of the reasons he uses Shift is to cut down on “context switching,” which is what happens when you move between different tasks. It eats up a lot of time as it’s easy to become distracted when changing tasks, thereby ruining your productivity. Chase does 90% of his work is in Todoist, Twist, and email, which all live inside Shift. Other apps Chase uses in Shift include Dropbox Paper, Hubspot, Zoom, Zendesk, Pocket, and Calendly.

If you’re still unsure if asynchronous work will work for your team, the best way to test the waters is by following Chase’s advice and starting slowly. Instead of holding a synchronous daily standup, try cutting down to one synchronous team meeting per week and see if your team is more or less productive—the results might surprise you.