Case Study: Life Advice From a Top Coach to CEOs and Founders 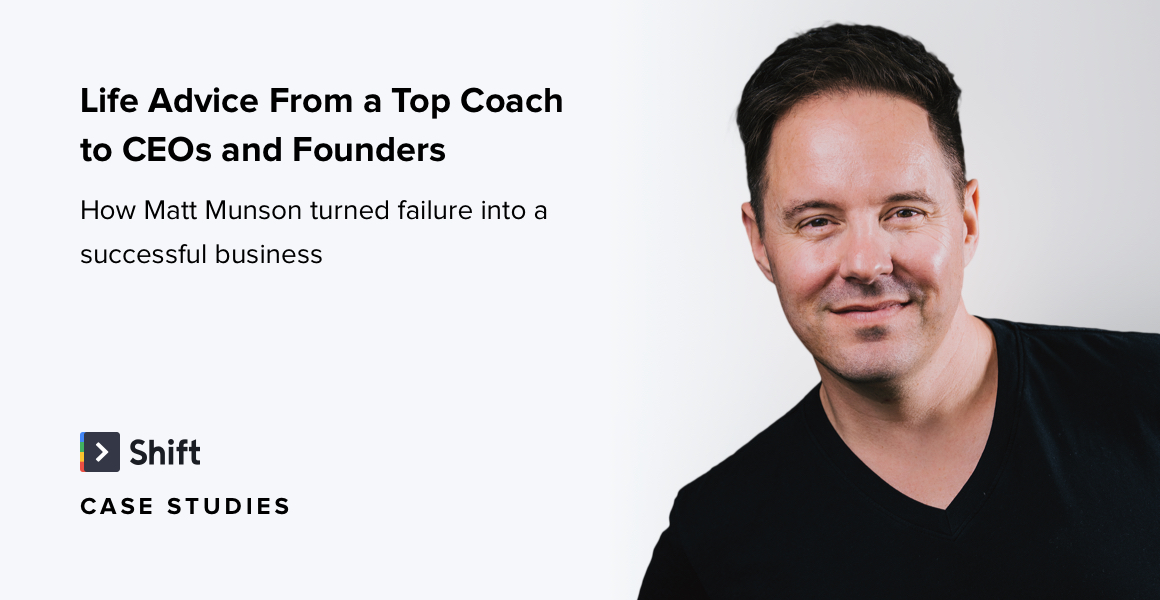 How Matt Munson turned failure into a successful business

Before becoming a top coach to CEOs and founders, Matt Munson spent seven years running his last company—the venture-backed Twenty20, which he co-founded and led as CEO. When he first started Twenty20, his focus was primarily making money and raising as much money as he could from investors. As time went on, he realized that those things didn’t truly matter to him. Matt also faced challenges and changes, including a divorce, that brought the direction of his life and company into perspective. He came through the second half of those seven years “in a very different place in my life,” and the result was that:

“I came out of it in a very positive place with a big change of the way that I understood being a leader and motivating a team.”

With the support of friends, fellow founders, and his therapist, Matt was able to find his way through that transition period and better understand himself not only as a founder but as a parent and friend as well. The difficulty Matt had towards the end of his time at Twenty20, and after having to sell the company, made him realize “how hard it is for leaders of all different kinds to find really deep true support at their own difficult times.” Ultimately, that’s what led him to become a CEO and founder coach at Sanity Labs. He also shares his advice and experience through his blog and his podcast, The Sanity Pod. 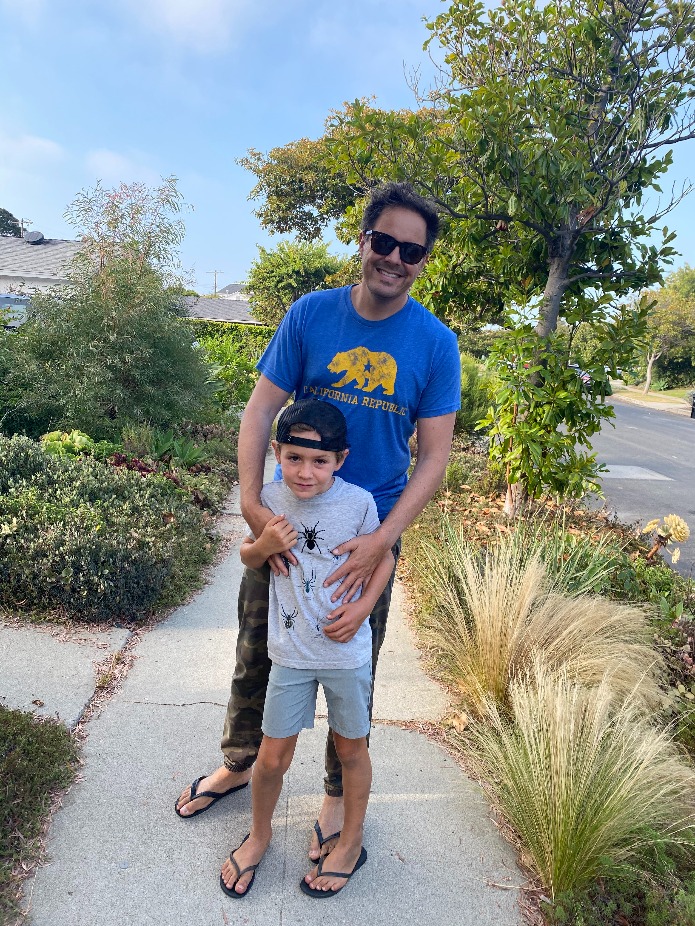 Matt has been working with CEOs and founders to solve some of the key questions that businesses have been forced to grapple with this year: How do we stay resilient and hopeful in the midst of everything going on? How do we put one foot in front of the other? How do you support the humanity of a team and keep team cohesion? How do you onboard new people if you’re hiring? How are you caring for families that are going through transitions without losing their jobs in the midst of an economy where it’s hard to find a new one? Trying to answer any single one of these questions is a tough job for a leader. Trying to grapple with all of them alone is impossible, but that’s where Matt’s coaching comes in.

In March of this year, Matt had only had his coaching business up and running for five months. As everything came to a grinding halt, he had to adapt quickly to a changing world. But, he says it’s been incredible to

“see the resiliency in the startup ecosystem.”

While this year has been catastrophic for some companies, Matt says, other companies have been able to thrive and evolve. Today’s technology has been critical in enabling resilience among companies even while working remotely. Can you imagine going through this pandemic without the internet? And, Matt has been there for the CEOs and founders he coaches to help them figure out how to transition their teams and workplace culture to a remote environment.

Day-to-day, Matt’s workflow is very stripped down. His main tools are Trello and Google Workspace, including Docs, Sheets, and Drive. He also minimizes the number of notifications he receives as much as possible and only works on one document at a time to maximize his focus on the task at hand. Another strategy that Matt uses to promote focus is time-blocking. He divides up his week into blocks of administrative time, meeting time, and maker time—aka his focus time. It’s a simple strategy that allows Matt to truly focus on creating during maker time, without the distractions of meetings, notifications, or emails.

One of Matt’s critical pieces of advice is to start a goal setting practice. In fact, Matt’s shocked at “how few people that I meet that have a goal-setting practice.” This practice, Matt advises, should occur at both a personal level and a company-wide level, as implemented by team leaders. Every week, Matt sets three goals that matter for the following week. He finds it critical to look ahead to the next week while he’s still in the flow. It helps him to more effectively set work aside for the weekend and transition into non-work mode.

Looking ahead to the future of his coaching business, Matt plans to bring together more coaches to help all the CEOs and founders he can with everything from personal challenges like imposter syndrome to getting tactical about team challenges. Whether you’re a founder or CEO or just getting started with your career, the best advice Matt has is to really get in touch with what matters to you and your life’s work. As he says, give yourself space to ask that question at least once per year, or maybe even every month, and “calibrate where you want to go” and work towards where you want to be in life and for what matters to you. Matt’s final words of advice are that

“if you can find that earlier in life, you can find your way into work that deeply lights you up inside and feels really aligned with the life you want to build for yourself. That's just magic.”