Case Study: Tricks of the Trade From A Microsoft Guru 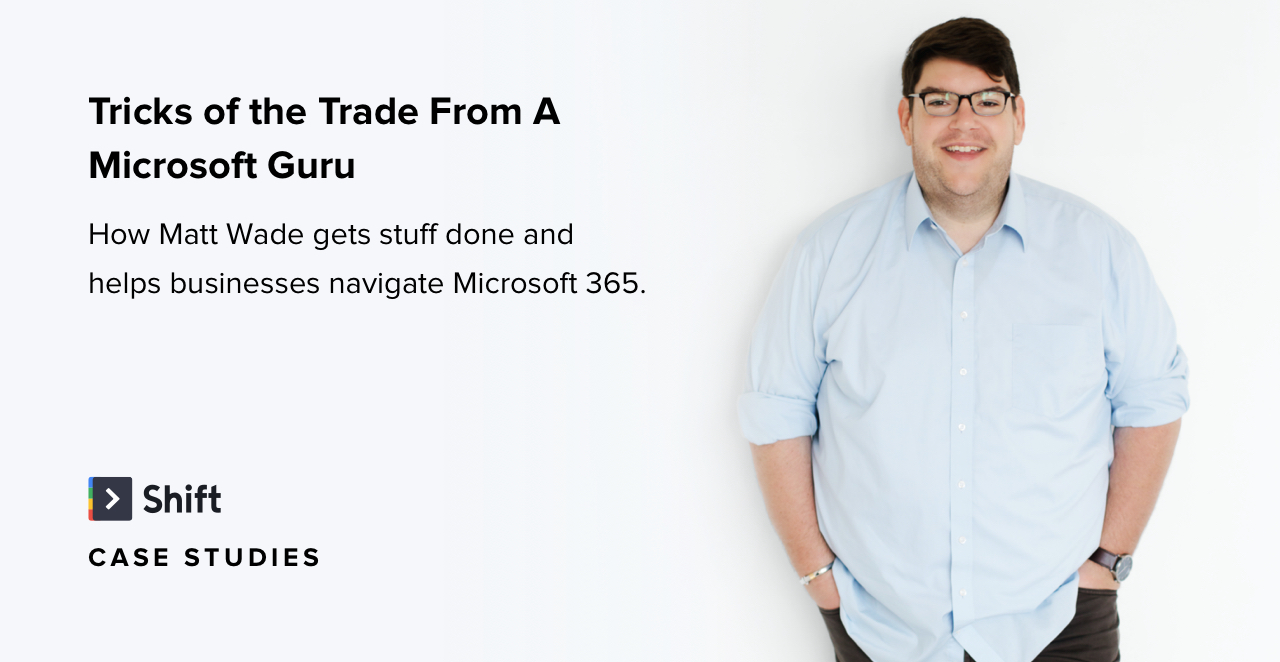 Matt initially started working with Microsoft products when he first became a mechanical engineer in 2009. But, it wasn’t until 2015 that he began a dedicated Microsoft job as a SharePoint administrator. In 2017 Matt co-founded his own company, jumpto365. The purpose of jumpto365? To help companies navigate the complexity of the Microsoft ecosystem in order to choose the right tool for the job and to be “a map to their modern workplace.”

As someone who isn’t new to remote work, Matt has been able to adapt to the recent changes better than most people who’ve had to switch from working in an office to working from home. As a seasoned remote worker, he’s also got a lot of good advice to pass on to those new to remote work. As Matt says, when the world moved to remote work in March, everyone really needed a “crash course” on how to make it work.

Matt’s main piece of advice is critical for teams working remotely, and especially for those working asynchronously: have everyone on the same page about how you communicate with each other. While the term “governance guidelines” isn’t exactly a buzz word at the moment, it’s something that every team should discuss. For example, follow good practices for meetings including having an agenda and sticking to the time allotted. Sticking to best practices for communication is more important than ever for remote work. As Matt advises, keep messages in your team’s chat app concise—whether it’s Microsoft Teams, Slack, or Twist—and use video as much as possible so that body language and facial expressions aren’t lost. And, emailing links back and forth doesn’t help anyone. Instead, it’s better to have a shared live document that everyone can access and edit. In short:

In 2018, Matt was honored with Microsoft's Most Valuable Professional (MVP) award, so he definitely knows his way around the Microsoft suite of products. And according to him, Shift is the answer for managing multiple Microsoft Teams accounts specifically, and multiple Microsoft 365 accounts more generally. Another benefit Matt’s discovered from using Shift is that it saves a lot of RAM (aka your computer’s memory, which when overused will slow everything down) in comparison to having countless tabs open in your browser. 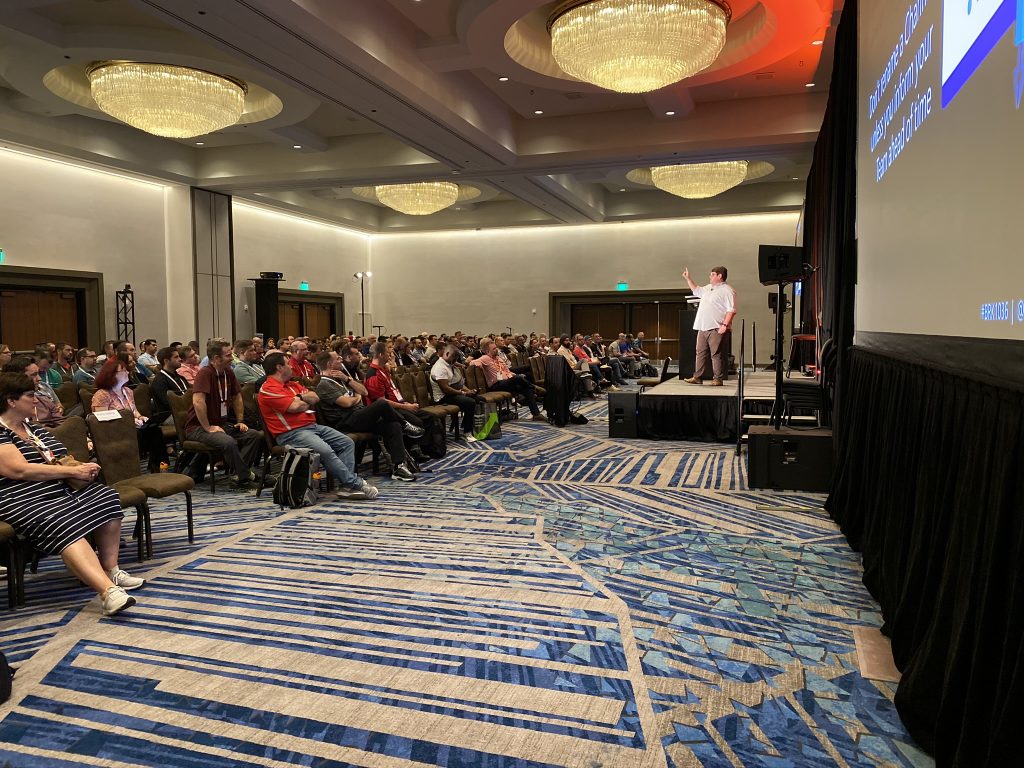 Matt presents at one of his speaking engagements.

In short, Shift is his “central communication hub” that brings all of his different messaging and chat apps together into the ideal notification aggregator. Some of the apps that are essential for him in Shift are: four separate Microsoft Teams accounts, Facebook Messenger, Twitter, Linkedin, WhatsApp, and several Slack accounts. He also uses a Jira “hack” to access just the messages sections of Linkedin and Twitter, rather than including the entire app. And, that’s not even including email accounts, which include three different Outlook accounts and one Gmail account. Overall, Shift is one of Matt’s top productivity tips because:

“Shift keeps me away from using the browser.”

Since the browser is a huge source of distraction due to different social media apps, the less work you need to do in the browser, the better. And while he’s never been one for checklists, Matt is a fan of using Microsoft’s To Do to keep track of tasks. The main takeaway here? Find what helps you work, which may be very different from what helps someone else work. Plus, don’t be afraid to try something new in order to help you be your most productive—whether it’s a new app, or simply taking Matt Wade’s advice to keep your Slack messages a little shorter.