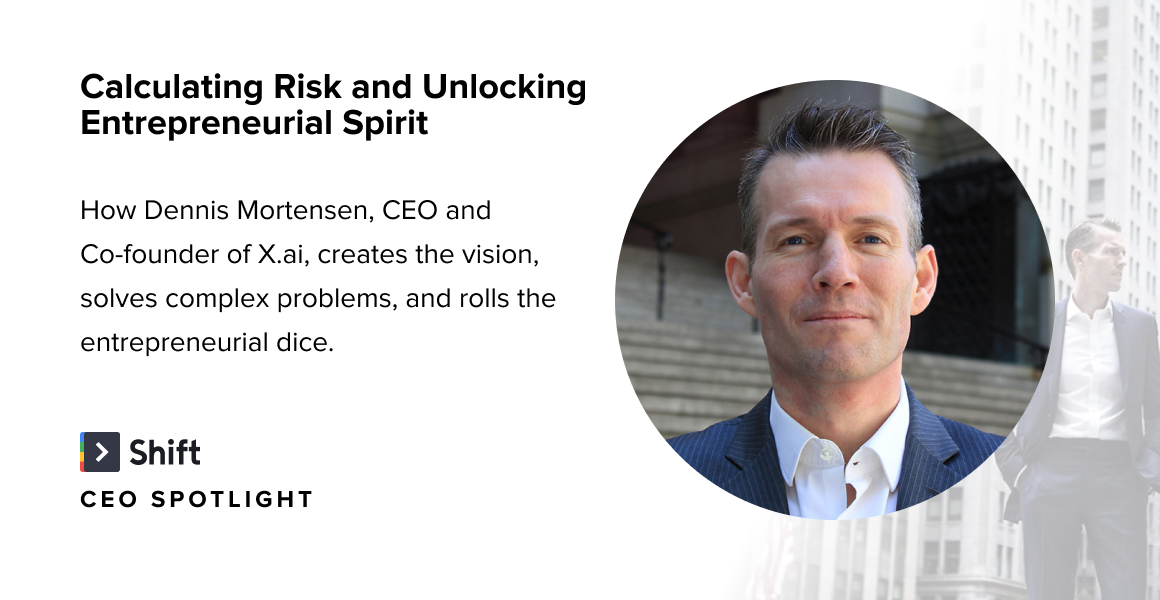 Dennis Mortensen, CEO and Co-founder of x.ai, shares how he created a vision through problem mapping and rolling the entrepreneurial dice

Dennis loves the spontaneity and unpredictability of entrepreneurship and is always up for the next adventure. With four successful startups under his belt, Dennis has mastered ideation, problem-solving, and experimentation. So what’s the secret? At least for Dennis, new products must address a problem, and so he builds his vision on the back of a pain point. Every time Dennis encounters a nuisance or a real annoyance, he writes it down in his “list of hate.” When a problem appears multiple times in this list, he begins to search for a way to solve it, and that is how x.ai came to be.

We have all experienced the headache of coordinating a meeting and wishing someone could do it for us. Dennis encountered this pain-point multiple times over the years, so he decided to bring together a team of experts to test the feasibility of his idea. He instructs a team of engineers and computer scientists to essentially try and kill his idea — examine all of the possible challenges and roadblocks to determine if it is worth the investment. By analyzing all of the potential challenges that lay ahead, he is able to maneuver through the sometimes treacherous beginnings of a startup venture.

“If you’re going to war, you don't just run towards the beast. You look at a map, decide who to bring, scope out the dangers, and attack from the best possible angle.” 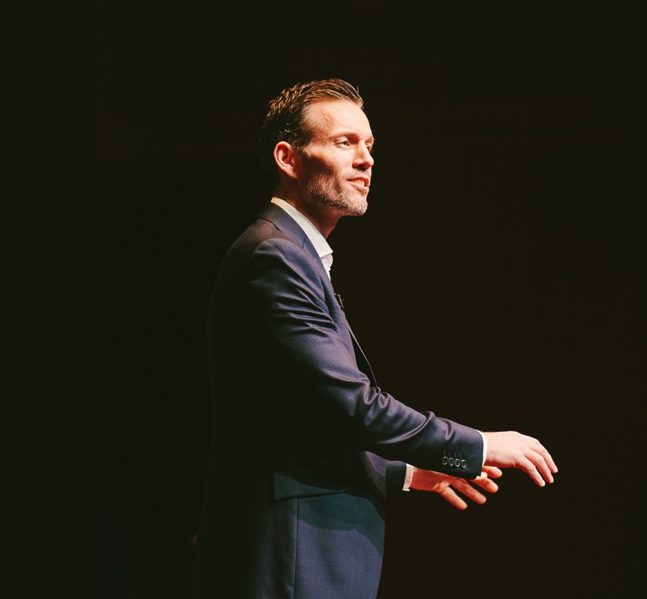 Before you quit your job and decide to become an entrepreneur, figure out your personal approach to problem-solving. Think of this next startup as a long journey — you might come across too many challenges and turn around, or you might fall in love with the adventure. Regardless of the outcome, there is something to be said about taking that first leap into uncharted waters.

How Dennis balances his workload as an Entrepreneur, CEO, and Founder

Traditionally balance is seen as the separation between work and home-life, but Dennis has a very different outlook on creating balance. Dennis believes that when you separate the two, one part of your life will suffer for the betterment of the other. For Dennis, work is one of the most exciting parts of his life, and he wants to share that excitement with the people around him. His family and friends admire his passion for work, feeding off his enthusiasm and riding alongside his adventures.

Luck or Hard work: To which do you attribute your success?

It’s easy to get caught up in the glory of success, as Dennis admits, but realistically, success is often the luck of the draw. He believes that when you are given early luck, it’s in your hands to build on that luck and create something great through hard work. With every chance at luck you’re given an opportunity to learn and grow, even if your first venture doesn’t flourish.

You might have all the grit, talent, and money in the world but still need luck to succeed. When things don’t line up perfectly or the outcome you expected turns sideways, it’s essential to view this as a learning opportunity. Dennis sees new ventures as experiments, you may see a favorable outcome or reach a dead end, but you have not failed either way. 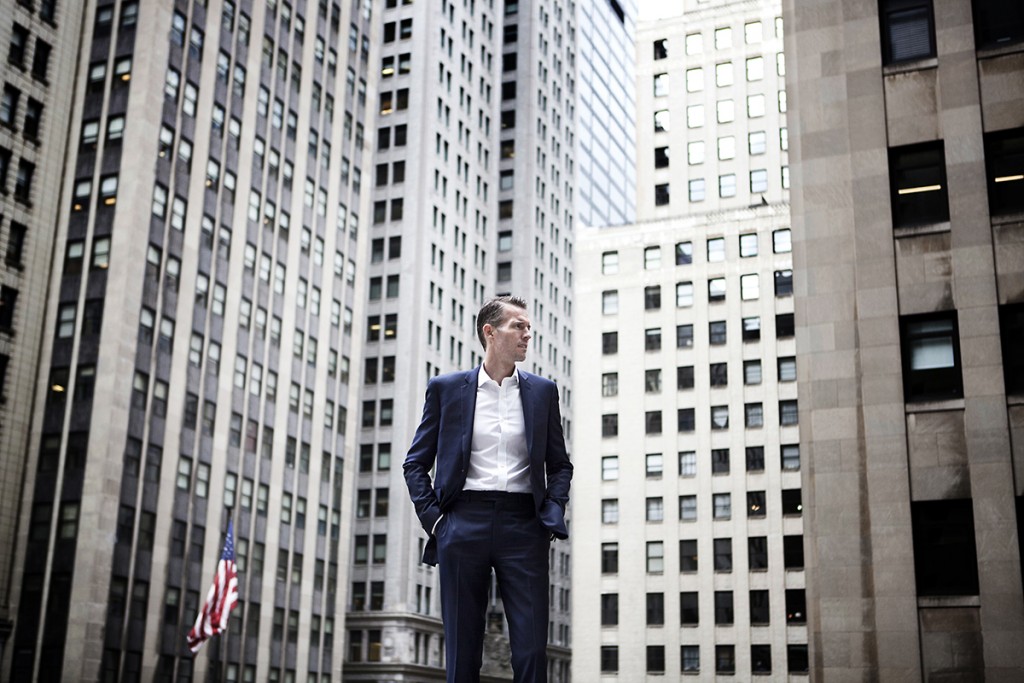 “You can increase your probability of success if you assemble the strength to persevere and keep rolling the dice.”

With every startup, you gain knowledge that you can use in future ventures and avoid making similar mistakes. Look at entrepreneurial ventures as a six-sided die; you aren’t going to hit the jackpot unless you keep rolling. But, you can increase your probability of success if you’re determined and willing to persevere through challenges. With a great idea, supportive team, and a little luck you can bring your entrepreneurial dream to life. 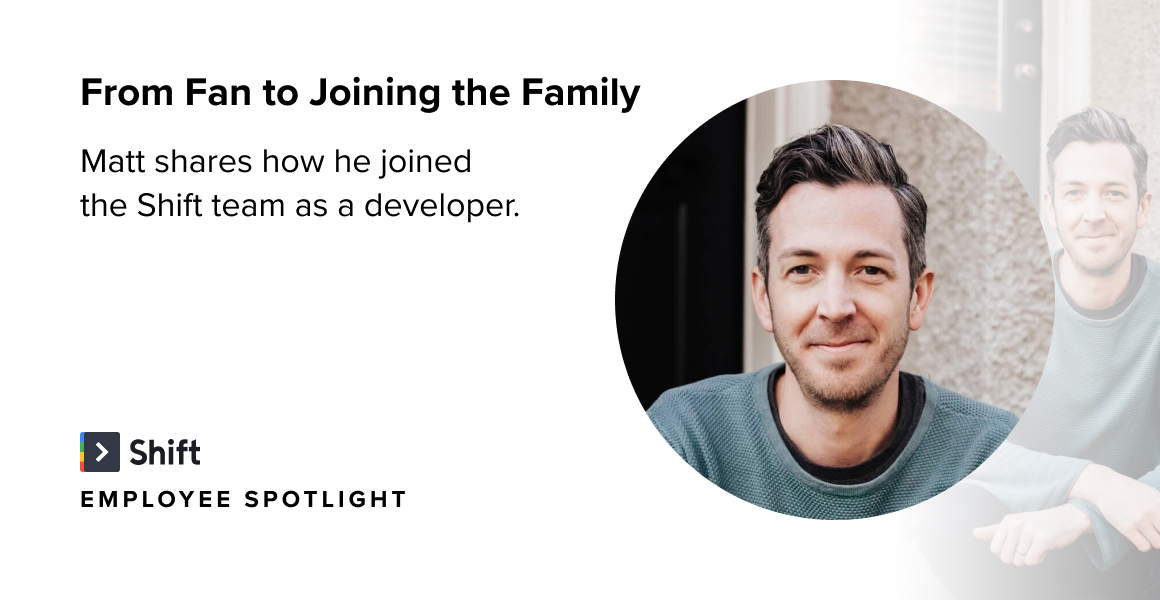 Employee Spotlight: From fan to joining the Shift family 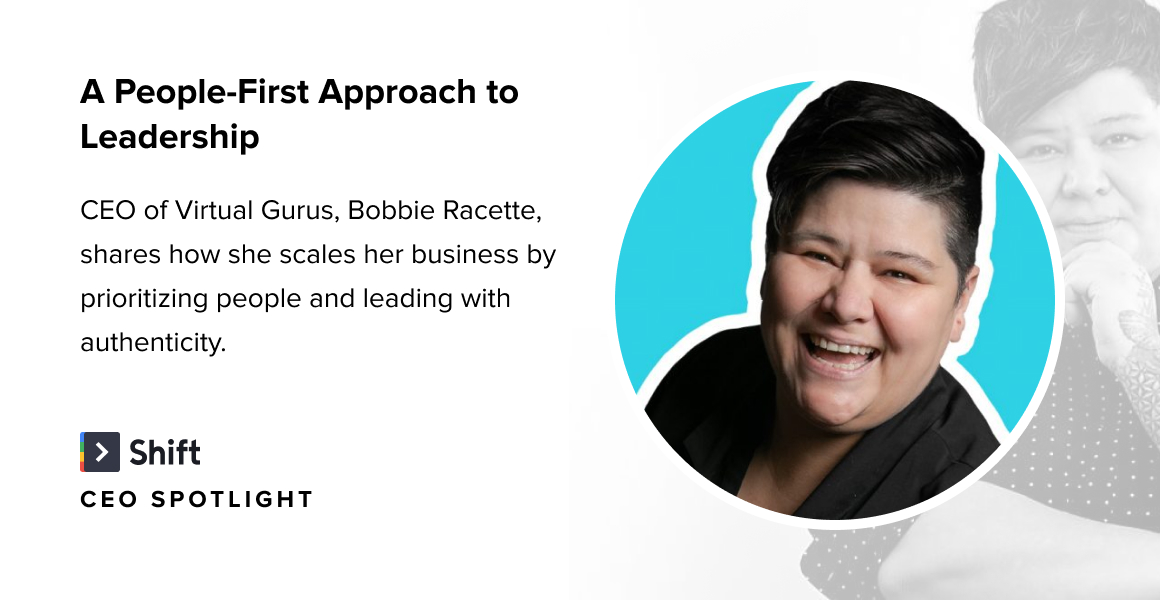