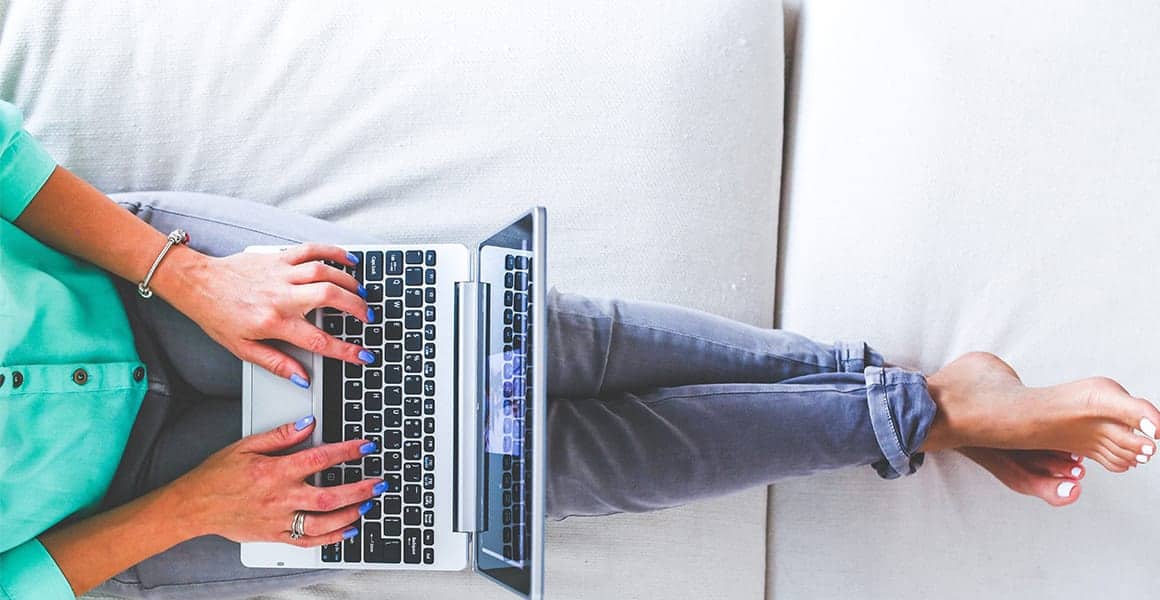 Few things have managed to change the landscape of the Internet in the way Gmail has.

The initial launch of the service was, in and of itself, unique. Rather than just opening the doors and letting the public in, Google created a mystique around the service, requiring an invitation from a current user to get you into the party. The coveted invitations were so valuable that they sold for more than $100 on auction sites.

Just How Big is Gmail

What seem like common sense features today were total game changers when Gmail first appeared, roughly 12 years ago. The free email service from Google has gone on to become one of the most popular tools — if not the most popular tool — available on the web today. It has literally taken over the world, or at least the world of email.

Moving beyond individual users, Gmail (along with other Google apps) was geared up and made available for business use as well. Today, some of the largest companies in the world rely on Gmail for all of their internal email needs.  Spanish bank BBVA, for example, manages more than 100,000 employee accounts with Google’s email platform. Other notable business accounts that Gmail has won over include companies such as Uber, Whirlpool, HP, Asics,  SalesForce, and more.

When Google last released information on the user base that Gmail has accrued, in early 2016, they revealed that the service has surpassed one billion active users monthly (!!!). Today, you’d be hard pressed to find anyone who doesn’t have at least one Gmail account. In fact, the average Gmail user has somewhere between two and five accounts.

As convenient as Gmail is, it still has its drawbacks, especially when you have more than account, which most of us do. One of the main problems users encounter is the need to sign in and out of accounts over and over in order take advantage of all the extras that Gmail offers, like Calendar and Google Drive or Docs. Switching between work and personal accounts, or even just multiple personal accounts, can become a real hassle.

The good news is, there is a way to get around this problem. It is possible to use all of your Gmail accounts at the same time, having full access to all the inboxes, calendars, and Drive contents, without the need to constantly logout and login again. 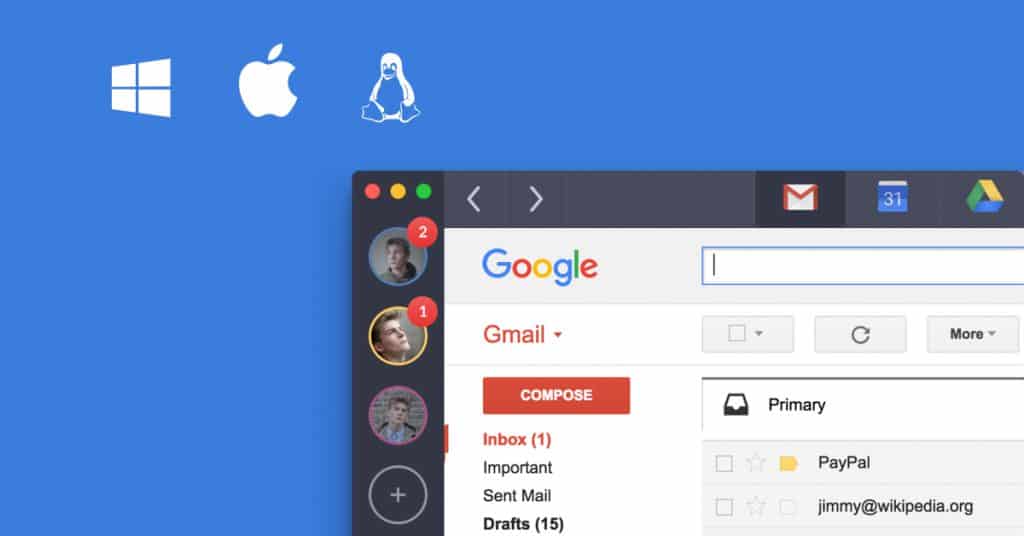 Shift Gives You Power Over Gmail

Shift puts all of your Gmail accounts under one roof, allowing you to fully use and monitor all of them simultaneously — while maintaining the same comfortable Gmail interface you’re used to. Best of all, because shift is a stand-alone application, you don’t even need to have your browser open! You get better functionality and use less computer resources.

Shift gives you a clear, easy-to-read list of all of your accounts and their status. You know exactly what you have waiting in every inbox without the need to switch a single browser tab or window, and you’ll never have to sign in or out of your accounts again. You’ve got everything consolidated and organized in one window.

Where Shift really shines, though, is in its ability to give you full access to all of your calendars and Google Drive accounts at the same time. You can click from one to another instantly. No need to sign out or re-enter passwords. You have all the goodness that Google gives you, across all of your accounts, at your fingertips. Shift is doing for Gmail what Gmail did for email. You really have to see it to believe it.

Harness the power of Shift!

(*Shift offers no guarantee that your new found power will actually enable you to take over the world. This would be a best case scenario. Your results may vary.) 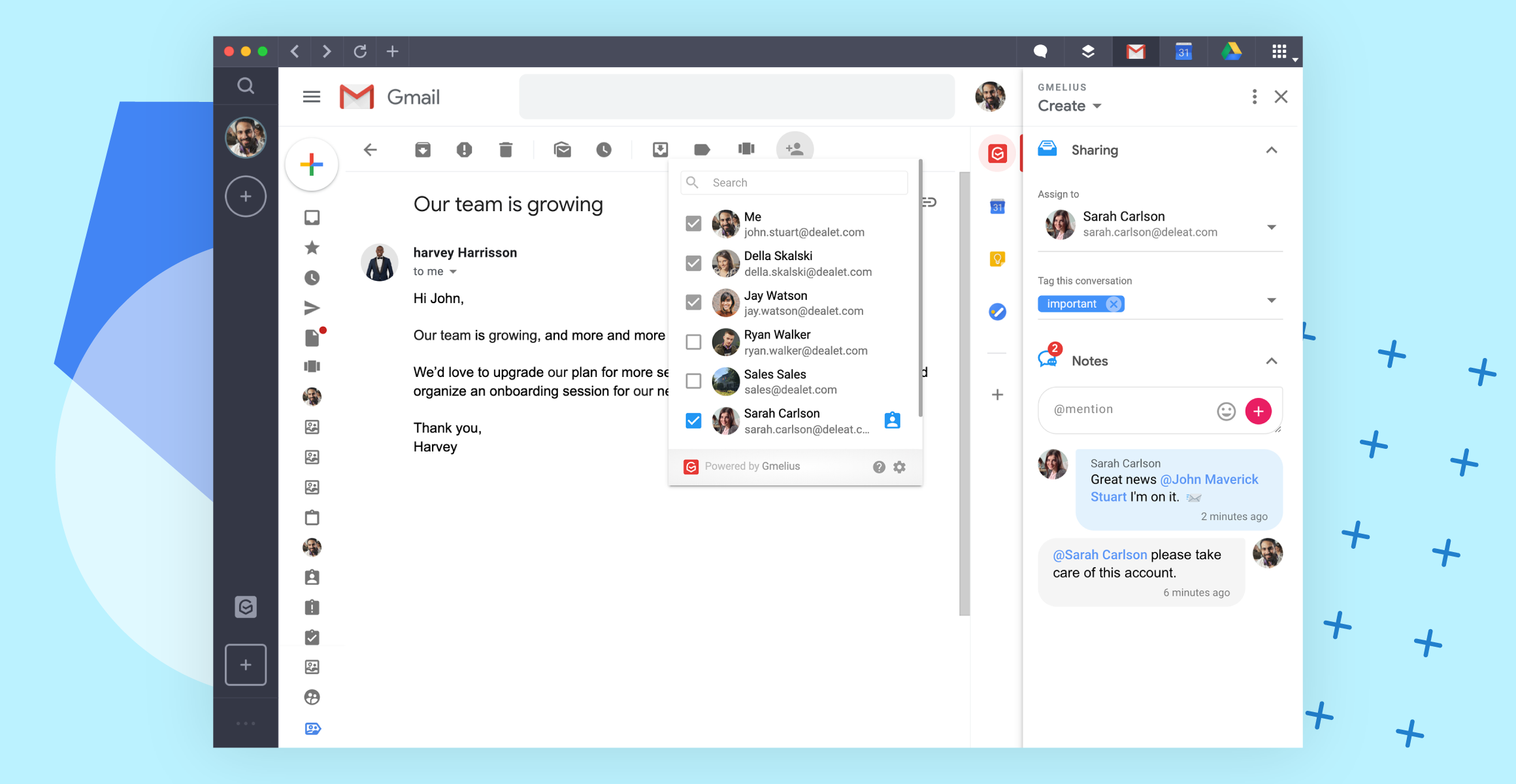 How To Get The Most Out of Gmelius 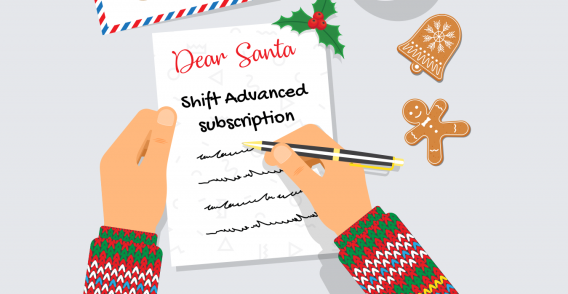 How to Stay Productive Through the Holiday Season